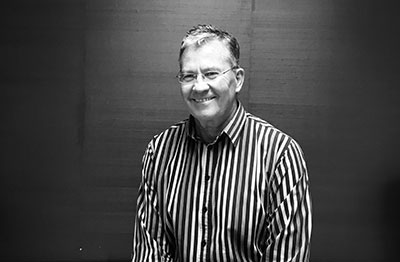 Llew Bryan was educated at Pretoria Boy's High School, matriculating in 1967. Thereafter, he did military service in the South African Navy and received the junior officers Sword of Honour at Gordons Bay in June 1969.

After graduating, Llew Bryan accepted a post graduate research assistantship, offered by the School of Architecture at Pretoria University, where, under the leadership of Allan Konya, research was done into urban problems and housing which culminated in two publications, authored by Allan Konya and assisted by the research team, called "Guidelines for Urban Reformation" and "Project PO".

Thereafter, he completed bursary commitments working for the Department of Community Development during which time he was widely exposed to all aspects of low cost housing and community facilities.

On the 1st March 1980, Llew Bryan started his own practice, forming Llew Bryan Architects. This practice was honoured by winning the first place for the Founders Monument competition in 1983, and received an award of merit in 1984, and in 1988 were regional finalists in the Corobrick award.

In March 1989 Llew Bryan moved to Pietermaritzburg and joined Hughes Todd Inc. as a Director forming the practice of Hughes Todd Bryan Inc.

Llew Bryan has had a long and ongoing interest in Fine Art and studied through Unisa. He continues to paint and exhibit his work from time to time. He also actively participates in competitive squash and enjoys golf and fly-fishing.